Professor Van Helsing is an old and knowledgeable person in Bram Stoker's famous novel, Dracula. He was Dr. John Seward's old Professor and a person on whom Dr. Seward had up to his last bit of deepest trust. In the course of the novel, Prof. Helsing proved to be the intellectual power that finally got the better of Dracula. He guided the team of men and Mina to hunt down Dracula and obliterate him from the world. He proved to be the only person who could initially contemplate the presence of an invisible power behind all the events - namely, Count Dracula.

Prof. Van Helsing was brought into the novel when a clueless Dr. Seward had gone to him to seek advice on Lucy's illness. Van Helsing came, saw and deduced the master-power behind the disaster in Lucy's life through his deep competent knowledge, experience and presence of mind. He started treating Lucy and had got her improved, till Lucy's mother Mrs Westerna made the fatal mistake of removing the garlic and charms in his absence, which let a wolf (powered by the forces of Dracula) come in and kill Lucy. He also detected, in course of the novel, that Lucy had turned into a vampire and could convince all the others to stab her and separate her head out of her body. In later parts of the novel, he hypnotizes Mina to trace Count Dracula's route of escape to Castle Dracula at Transylvania. Finally he goes with Mina towards Castle Dracula on the same horse cart, enters Castle Dracula, destroys all three vampire women and seals the castle to prohibit Dracula from ever entering the castle.

Van Helsing showed an unconventional mix of modern Western medicine and superstitions / folk therapies. He represents a bit of both worlds - the old and the modern. In the persona of an old, he shows respect for history and tradition. In persona of a modern person, he shows deep scientific knowledge of medicine, geography and logic. And over the course of the entire novel, Professor Van Helsing remains a character that sees no significant evolution. He enters a believing, religious person with profound respect to traditional knowledge, and he leaves the same. In the meanwhile, as the novel runs, he views his intellectual and other encounters with Dracula as an execution of "ministers of God's own wish". 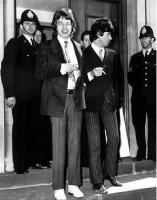