It Is Everybody's Choice to Smoke or Not

There are many people in the world who are proud to be known as smokers. There are also others who will criticize smoking to a great extent. Actually it is everybody's choice to smoke or not. Smoking like any other leisure activity will lead the smoker to enjoying different aspects in his or her life. There are some countries in the world which put strict measures against smoking as a way of reducing the use of tobacco but other have realized that there is no need to put such strict measures and they are trying to be open to the opinion of smokers. There are some believes about smoking that make people prejudice smoking.

For instance there are those who will claim that through smoking a person will end up wasting a lot of money which he may have used in other projects. But, in case smoking is the only act that the person treasure trying to stop him will be a way of making the person fail to enjoy his or her life the way he should. Here are some reasons why it is everybody's choice to smoke or not:

Smoking is a lifestyle

People's lifestyles should not be restricted. Anybody in the world is free to choose whichever lifestyle he will like to enjoy. Trying to put restrictions on smoking will lead other people who are strong smokers to try and quit. This will lead them to embracing other lifestyles which it can be very hard for them to maintain. To make life easier on earth for different people to enjoy it is necessary for all people to be allowed to enjoy their lifestyles provided they do not interfere with others. There are people who will develop certain feelings after smoking. These people will enjoy life after they have smoked. A case where someone will try to stop them from smoking can end up making their lives very difficult.

Although many people claim that smoking increase the risk of cancer the truth is that there are also other causes of cancer. This implies that even if people will be restricted from smoking there are other causes of cancer that can lead people to suffering from cancer. For instance research shows that cancer can be caused by certain genes in human beings. Moreover not all people who have been smoking have developed any symptoms of cancer. This makes it necessary for people to be allowed to enjoy smoking in case they feel like they should smoke.

There are many famous personalities who used to smoke

There are claims that associate smoking with bad character. The truth is that in history there are many people who were known to smoke a lot but they ended up dying great men. This implies that development of bad character in an individual is not due to smoking but there are other factors. It is necessary for those who argue that smoking leads to ruining of characters to try and study cases of those who smoke and their character. Bad character can be triggered due to different factors such as the background of an individual. This make it more realistic for those who argue that smoking is a show of bad character to try and asses other factors which can lead to bad character before making conclusions.

Smoking is part of some cultures

There are some cultures of people in the world which associate smoking with certain personalities. In some cases smoking is used to commemorate different events in the life of the people in a certain culture. Denying those people their rights of maintaining their culture of smoking will be something that they will not welcome.

For people to enjoy life on earth they should be allowed freedom to maintain their culture. This gives those people who practice the culture of smoking in their community a right to continue enjoying their lives. There are some organizations formed in different parts of the world which advocate for the rights of the people who smoke. If possible the people from smoking cultures who feel like their right is about to be infringed they should try and join the associations because in a group their rights can be easily heard and respected. 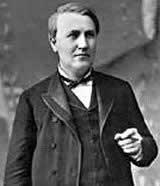