We reviewed 46 published reports associating cigarette smoking and Parkinson's disease. Although the majority indicated an approximate halving of smoking frequency in persons with Parkinson's disease, many observers have suggested that the effect could be a spurious result. That the association may be real is suggested by at least six observations: (1) the consistency of findings between independent studies of different design, conducted by different investigators, in different nations, over 35 years; (2) the association's predominance and strength in prospective studies; (3) the apparent detection of a dose-response relation; (4) the inability to explain the association by confounding variables; (5) the flaws in certain arguments against the association's validity; and (6) the identification of a similar association, of similar magnitude, between smoking and reduced occurrence of Alzheimer's disease. A protective association of cigarette smoking for Parkinson's disease may constitute an important etiologic clue. 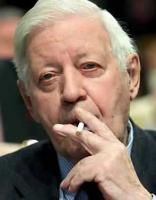