People who quit smoking sometimes gain weight, and a new study finds that former smokers may face an increased risk of developing diabetes as a result.

Smoking itself is a risk factor for Type 2 diabetes, but the risk is even higher for former smokers within the first six years of quitting, according to a study from Hsin-Chieh Yeh of the Johns Hopkins University School of Medicine and colleagues. Recent quitters have a 70% increased risk of diabetes, researchers found.

The risks were highest in the first three years after quitting, but returned to normal 10 years later.

Physicians who encourage their patients to quit smoking should also work with them to prevent weight gain.

The study was published in the Jan. 5, 2010 issue of the Annals of Internal Medicine.

The study was published in the Jan. 5, 2010 issue of the Annals of Internal Medicine. 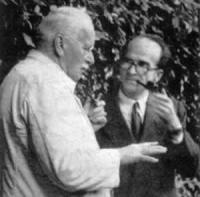