Parkinson's disease is a debilitating neurodegenerative movement disorder characterized by damage to the nigrostriatal dopaminergic system. Current therapies are symptomatic only and may be accompanied by serious side effects. There is therefore a continual search for novel compounds for the treatment of Parkinson's disease symptoms, as well as to reduce or halt disease progression. Nicotine administration has been reported to improve motor deficits that arise with nigrostriatal damage in parkinsonian animals and in Parkinson's disease. In addition, nicotine protects against nigrostriatal damage in experimental models, findings that have led to the suggestion that the reduced incidence of Parkinson's disease in smokers may be due to the nicotine in tobacco. Altogether, these observations suggest that nicotine treatment may be beneficial in Parkinson's disease. Nicotine interacts with multiple nicotinic receptor (nAChR) subtypes in the peripheral and central nervous system, as well as in skeletal muscle. Work to identify the subtypes affected in Parkinson's disease is therefore critical for the development of targeted therapies. Results show that striatal alpha6beta2-containing nAChRs are particularly susceptible to nigrostriatal damage, with a decline in receptor levels that closely parallels losses in striatal dopamine. In contrast, alpha4beta2-containing nAChRs are decreased to a much smaller extent under the same conditions. These observations suggest that development of nAChR agonists or antagonists targeted to alpha6beta2-containing nAChRs may represent a particularly relevant target for Parkinson's disease therapeutics. 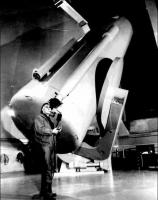